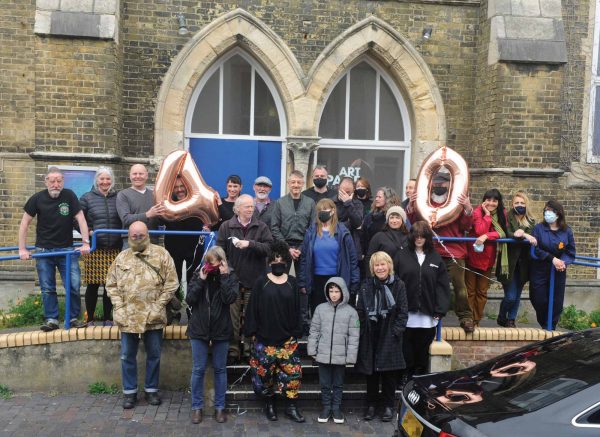 Some of the current studio holders, plus their children

Walking past the former Methodist chapel in Brougham Road, you’d be forgiven for not realising that the building has been converted into studio spaces, used by a diverse range of professional artists all under the auspices of Art Space Portsmouth. 2021 is officially the 40th anniversary of Art Space, although the story began a few years before.

At the time artists from the Art College were using workspaces above a betting shop in Fratton Road and a private detective agency in London Road. One of the artists, John Thomson, secured an Arts Council grant and with artists Ken Devine, Steve Chettle, and Andy Mansfield, began looking for a larger space to work. The local authority was approached and generously offered the deconsecrated Methodist chapel in Brougham Road. The chapel came with a peppercorn rent, a long lease, a grant to repair the roof, and soon became Art Space Portsmouth.

Portsmouth was perfect for the purpose of art studios, it offered cheap accommodation, easy access to London, and the city offered good coastal light. It was an exciting time and Art Space quickly became a significant part of the artistic life of the city.

Art Space was initially composed of 13 studios on the ground floor, and a large 144sqm gallery space on the first floor, which became Art Space Exhibition or ASPEX as it became known. Art historian and curator Les Buckingham was appointed the first director in 1984. Under Les Buckingham, ASPEX Visual Arts Trust was established in 1991, as a separate charity to the studio group. 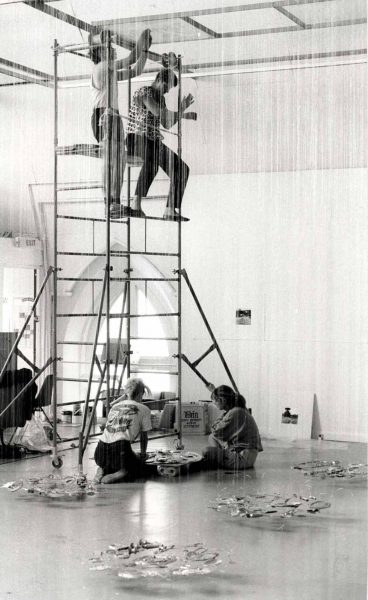 The large 144 m square gallery space at Brougham Road with its wonderful high ceiling, has over the years exhibited an extraordinary range of exhibitions by artists including: Turner Prize winner, Martin Creed and many nominees, including Helen Chadwick, Ian Hamilton Finlay, Richard Wilson, Cornelia Parker, Bill Woodrow, Catherine Yass and Mona Hatoum, whose performance work in 1982, ‘Under Siege’ made the national news. It has also shown work by many other well-known and established artists including John Heartfield, Frank Auerbach, Eduardo Paolozzi, Gillian Ayres, Roger Hilton, Bruce McLean,

To meet the demand for artist studios, the once large exhibition gallery was converted to provide more studio spaces. Today there are 31 studio spaces and a waiting list of artists wanting studios.

The 145-year-old building is in need of some repair, both internally and externally, but with local authority help, Art Space Portsmouth will continue to be a central feature in the city’s artistic life. Its proud and remarkable history, promoting the work and careers of many brilliant and reputable artists, is proof of its unique position on the local, national and international cultural map.

Art Space and to see the artist’s studios you are welcome to come to the Open studioS on Sat 3rd July 11am–5pm & Sunday 4th July 11am–5pm.

Past & Present: Jo Bushnell the director of Aspex Gallery will be in conversation with Les Buckingham at 2pm Sat 3rd July. 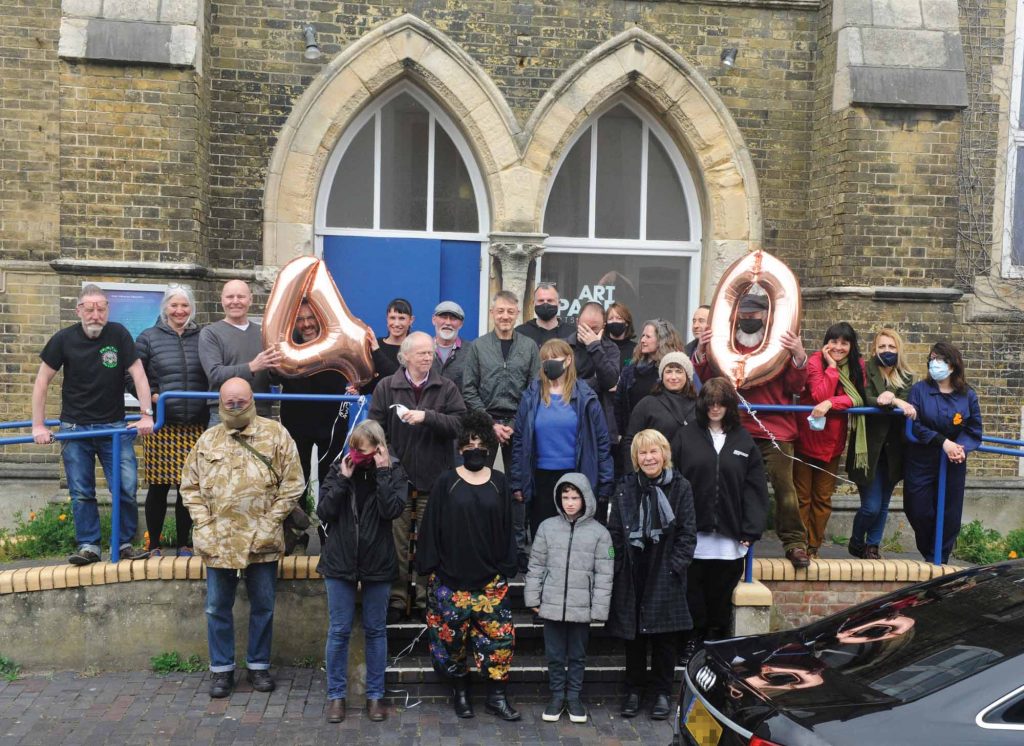