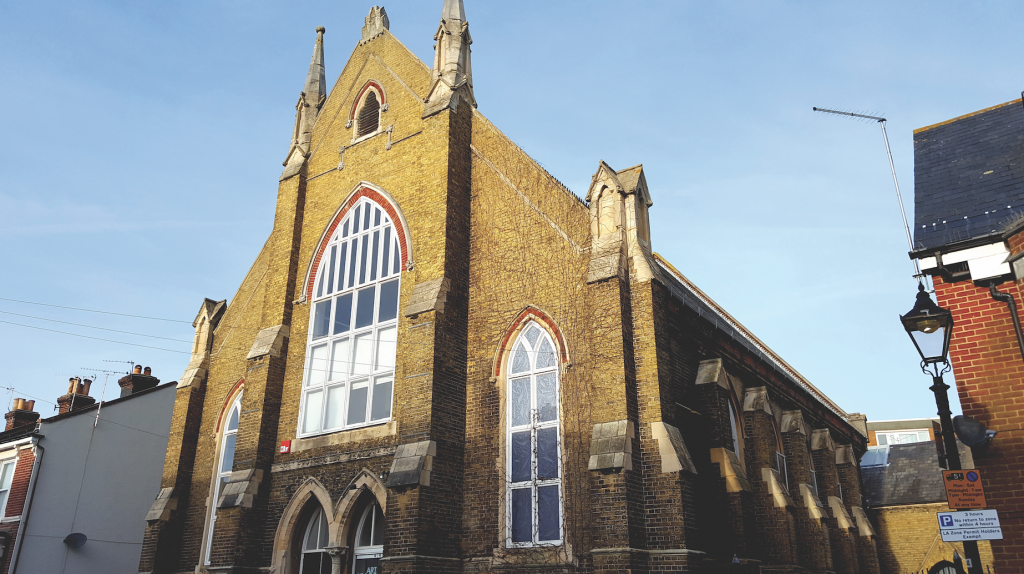 Have you ever been to Brougham Road, up on the left from the petrol station near Elm Grove? It’s home to one of Portsmouth’s greatest artistic assets – Art Space studios.

The converted red-brick former Methodist chapel houses 31 studios, ranging from 80 to 400 sq ft, rented out to some 32 artists—painters, sculptors, musicians— many of whom exhibit nationally and internationally, and many of whom live in Southsea. The space is entirely unfunded, and survives on the artists’ rents to pay  Portsmouth City Council, which owns the building, and which is to spend £300,000 on repairs this year.

Artists are attracted by the building’s 40-year heritage and its low cost (the second lowest in the south-east). “I couldn’t be without Art Space,” says Gillian Hawkins, a painter who’s had a studio there for over 20 years. She’s currently working on pieces for her next show at Winchester – semi-figurative paintings in fuchsia pink and green using oil bars to draw on the canvas.

Her studio is on the ground floor. High ceilings let in light through the old church windows two metres up. Tubes of oil paint, canvases, sketchbooks, art books and collected objets are carefully arranged. You can tell it’s taken years to build up. This is one of the few established arts organisations in the UK for whom direct, critical engagement with studio practice like this is key. A group of graduates and lecturers from Portsmouth Polytechnic founded the studios in 1980 and it retains something of this old art-school atmosphere. 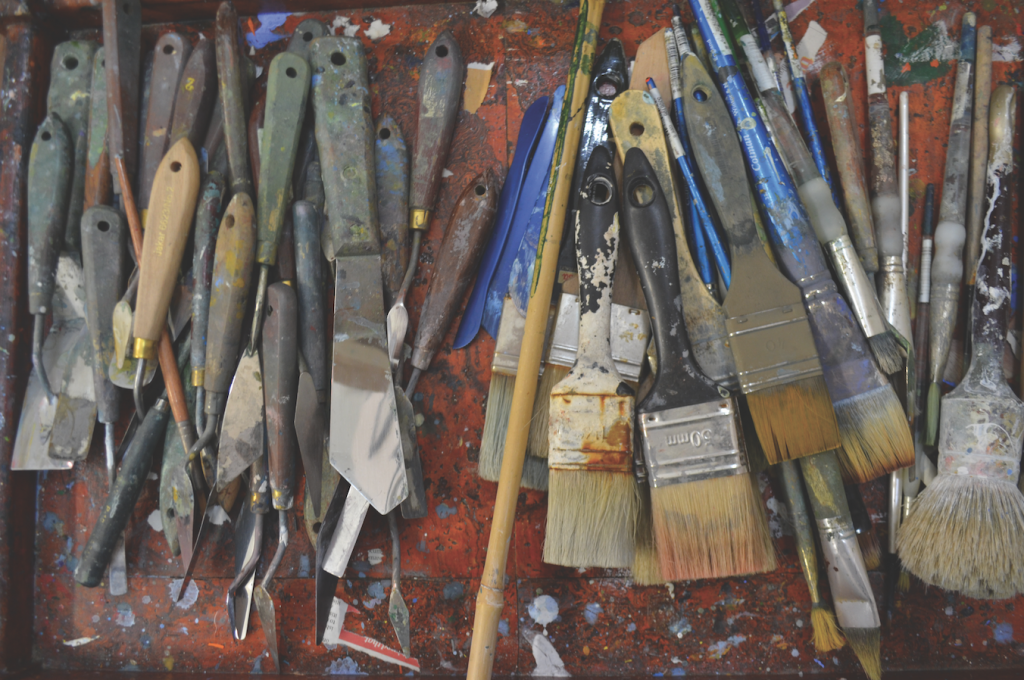 Sadly, most of the artists’ work produced here rarely gets seen in Portsmouth itself, apart from in the small gallery at Art Space, where exhibitions are open to the public. Jon Adams has just had a sound installation at the Royal Academy in London. The Caravan Gallery, who regularly exhibit all over the UK and internationally, currently have a rare showing of their work in Hampshire at Mottisfont. Artist and musician Tobin Prinz is working on his latest album there and will be performing in an Art Gallery in New York. Art Space are looking at live streaming it from NY.

Portsmouth, for whatever reasons, has very few spaces to show this kind of contemporary work. Jack House Gallery in Old Portsmouth shows some of its more figurative works, such as those by the dockyard painter John Green. Aspex Gallery, in Gunwharf, originated out of Art Space, but its mission has evolved to concentrate on more emerging artists and it is now wholly independent. Back in the day, when Aspex was still part of Art Space, in the ‘80s, you could see work by the likes of Helen Chadwick, Mona Hatoum and Richard Wilson there, thanks to the vision of its former director Les Buckingham.

However,  Art Space’s new Studio and Programme Manager Andy Buchanan and new Chair Colin Merrin are keen to get Art Space and Artists in Portsmouth more recognition in the city and beyond, through new initiatives such as the recent Art Space exhibitions at the Guildhall, as well as talks and events at Art Space, and increasing the inhouse exhibition programme. 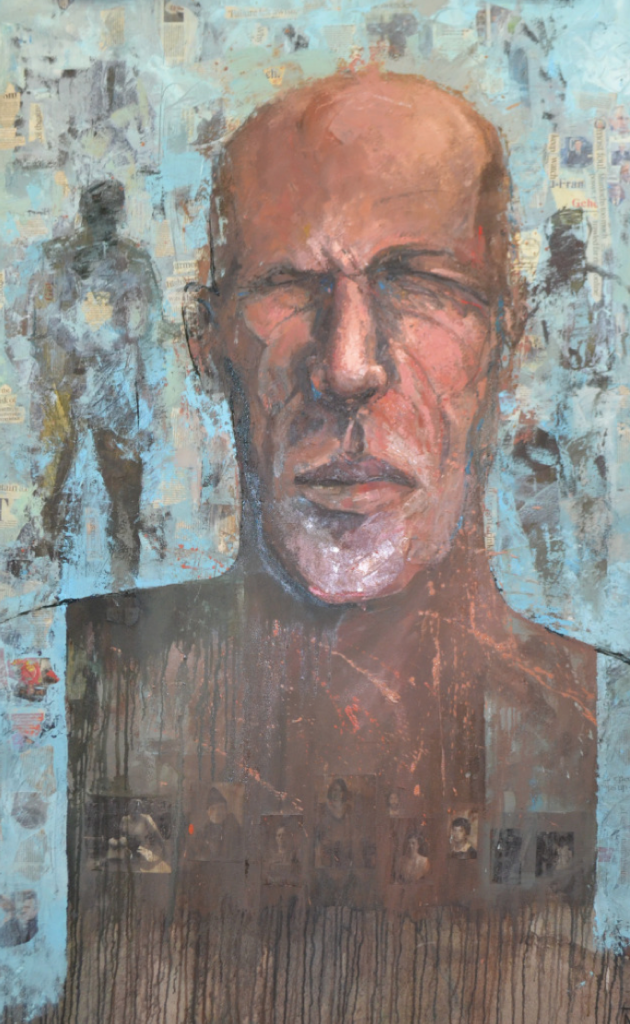 The Risk of Hostility is an Everyday Experience, Colin Merrin 2019

It’s now keen to get more recognition in the city, through initiatives such as the recent Art Space exhibitions at the Guildhall, and by increasing its in-house exhibition programme (sign up to its social media for alerts). Its next exhibition is Heimweh with work by nine women artists (5-14 April). Why not pop in and take a look?

The Artists and their Studios