Kate Thompson meets the team behind The Portsmouth Distillery Co. and visits their wonderful set-up based in perhaps the most impressive piece of 18th-century military architecture in England. Photos: Charlotte Griffiths Photography 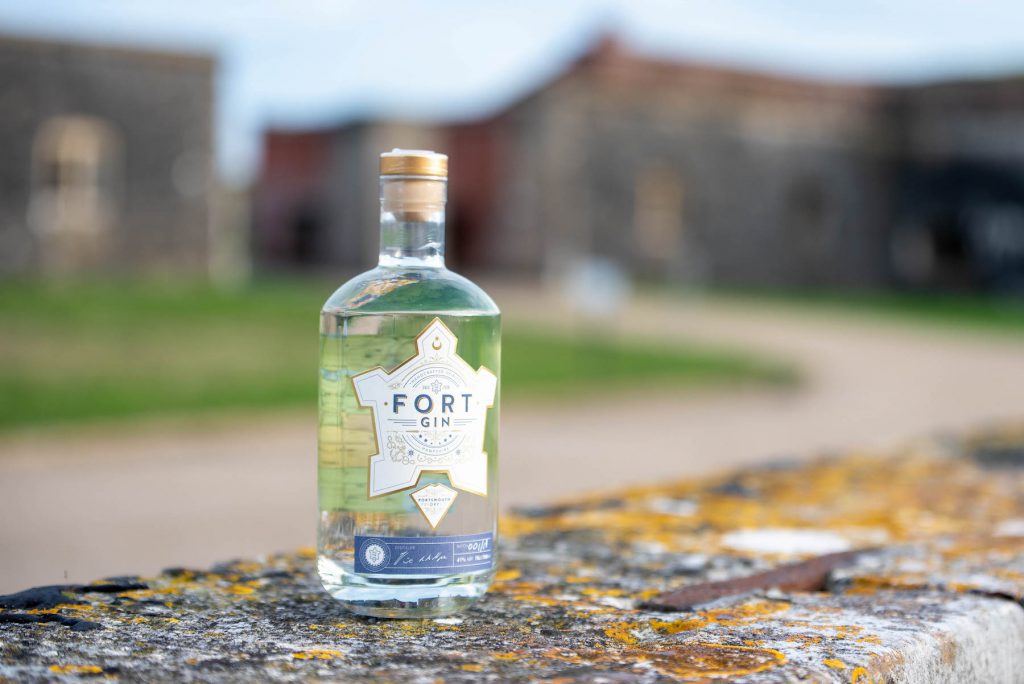 Serendipity has proved to be an essential ingredient in the recipe for success being created at the Portsmouth Distillery.

Founders Vince Noyce, Giles Collighan and Dich Oatley have brought gin production back to Portsmouth after an absence of nearly 200 years, and at the same time, have established the first ever rum distillery in the city.

It was a love of rum that prompted former Royal Navy officers Vince and Giles to create the Rum Club Ltd, and the next step was to produce their own rum.

“The ‘ginaisence’ that has occurred over the last five years has opened the door for artisan production of spirits.

“People are prepared to pay a little more for an artisan spirit, and that has come about because of the explosion in gin sales.

“Before you would have typically paid up to £25 for a bottle of gin from the supermarket but now people see the added value of paying between £30 to £45 for a hand produced gin.

“And that certainly helps when it comes to making rum, because it is a lot more expensive and time-consuming to produce than gin,” explained Vince.

While it takes up to 38-hours to make gin, five weeks is needed to create rum. The team has shown its commitment to the distillery business by planning to produce rum that will be aged in wooden casks for up to five years.

Having decided to set up their own distillery, finding the right premises was key. “We didn’t want to be doing this in a lock-up on an industrial estate. It had to be somewhere with a story and a bit of history,” explained Vince.

With the help of Portsmouth City Council and Historic England, The Portsmouth Distillery Co. found its home at Fort Cumberland at the entrance to Langstone Harbour. Two casemates, brick, barrel-vaulted rooms where artillery would have been stored, have now been transformed.

“The fort was used as a military base until the 1970s. During World War II, the Royal Marines anti-aircraft artillery was based here,and, coincidentally, Giles and myself specialised in anti-aircraft warfare,” said Vince.

Being based within such an imposing structure has influenced everything, from the design on their gin bottle label (a pentangle mirroring the shape of the fort) and the names of both their gin and cask-aged rum products.

“We are really proud to be producing our gin in Portsmouth, and on the label, you will see the city crest and the legend ‘Portsmouth’s Dry,’” he said.

“Being at Fort Cumberland has influenced so much about how our business has developed. We are the first commercial operation to be based here, and we look forward to seeing other creative businesses making their home here too.

“It is an amazing place to be – surrounded by history, but also building a future.”