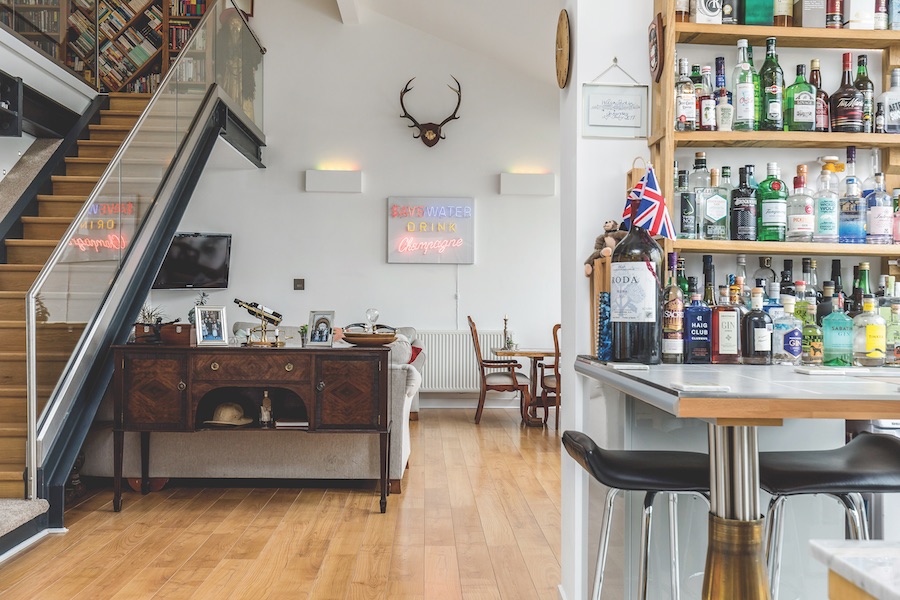 Getting your first home together is a major step for most couples and when Alasdair and James decided to take the plunge, they were dead set on buying a house.

Having viewed and rejected all the houses on offer from local estate agents, they weren’t keen to see a flat but all that changed when they saw this penthouse in Old Portsmouth, which has been their home since 2014.

Alasdair explained: “Flats weren’t on the cards at all and when Neil Maxwell at Fry & Kent suggested it we weren’t keen.

“But the moment we saw it, we could see the potential because it was such a blank canvas.”

James was on deployment with the Royal Navy during much of the major works that went on and Alasdair, who manages a restaurant in Gunwharf, lived through the disruption.

“What was due to be a couple of months work became nine months, but the pain was worth it in the end,” he said.

Working closely with Southsea’s Design Team Studios to redesign the space, the couple’s kitchen was completely changed, and they built into the loft space to create a mezzanine level with a study/library, perfect for movie nights and a master bedroom suite. 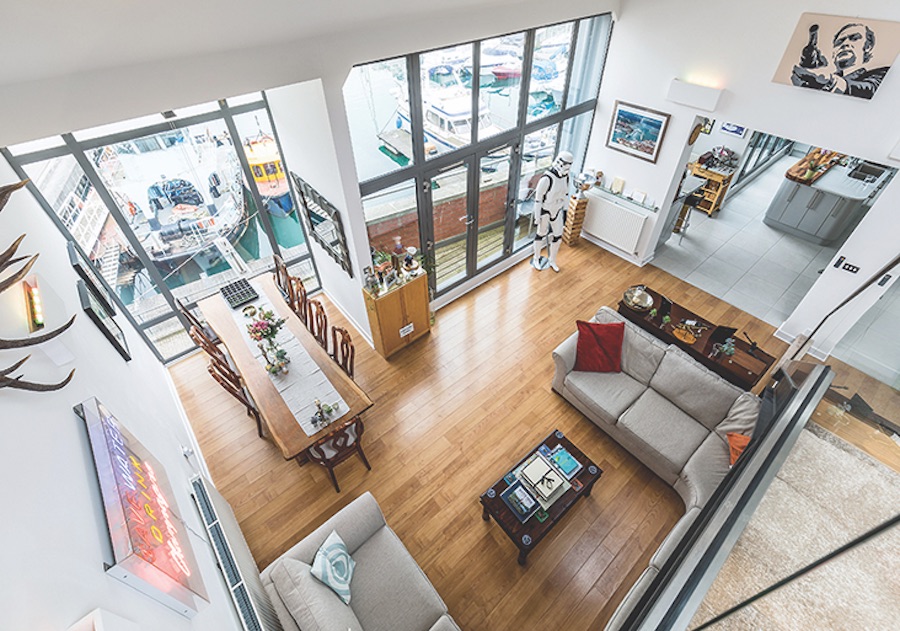 “We are North-East facing and have the light from 5am onwards. The double height ceiling space makes it feel light and airy, and that’s what really attracted us to the place in the first place.

“Building into the loft space made sense, and it was as if it was meant to be because there were windows up there already,” said Alasdair. The focal point for their contemporary home is their extraordinarily well-stocked bar area.

“It was a space next to the kitchen and at first we didn’t really know how else to use it. But then we hit upon the idea of a bar and we built it by recycling various things, including old kitchen work tops. We love to have lots of parties and this is the part of our home that everyone gravitates towards.

“We have got a large gin collection. At the last count we had about 60 or 70 different ones and, of course, friends love to buy us more, which is great, as we like to experiment with cocktails.”